On the Poldark Trail: Discover the filming locations

Tales of the adventures and exploits of Ross Poldark have been drawing visitors to Cornwall since Winston Graham published the first of his novels in 1945 featuring the eponymous hero. Poldark was popularised in the 1970s when first dramatised for television, however, no-one could have predicted the effect of the BBC’s more recent adaptation, featuring Aiden Turner, was to have on tourism in Cornwall. The compelling drama, set against a scenic Cornish backdrop has created a resurgence of visitors flocking to discover this beautiful county, eager to discover the filming locations for themselves. So without further ado, here are some of the easiest spots to find and recognise from the BBC drama: 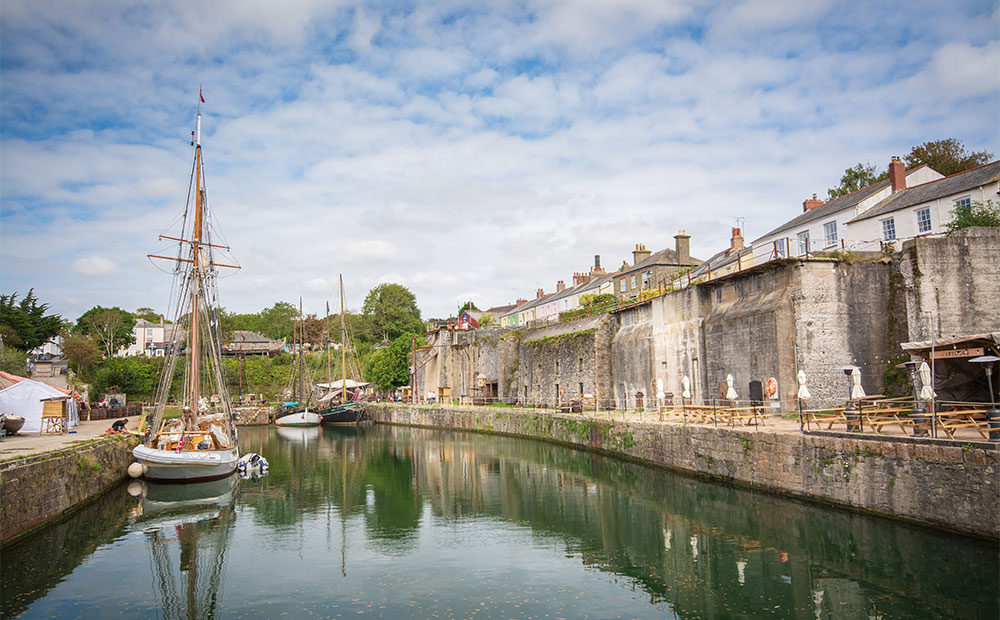 The Georgian Port at Charlestown is Grade II listed and already home to a collection of tall ships. Charlestown was also used in the 1970s dramatisation and it’s easy to see why. The long granite quays and exquisite views give a perfect traditional feel for an 18th-century drama. Charlestown moonlights as both Truro and the inner harbour as Falmouth in Ross Poldark’s Cornwall, the beach and slipway also enjoy a brief cameo as St Mary’s on the Isles of Scilly in Season 2. 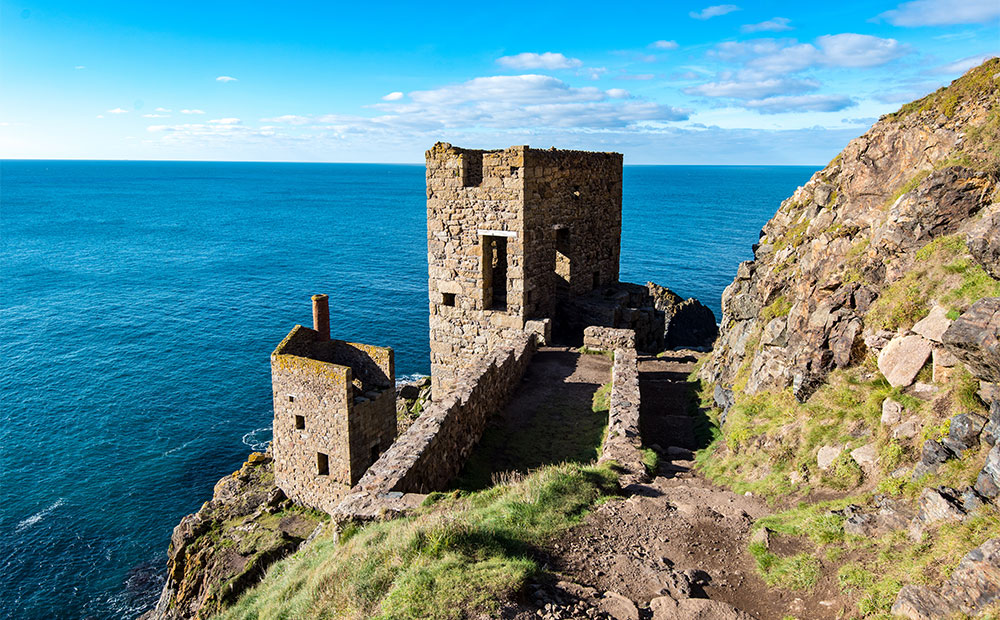 This remote stretch of coastline provided perhaps the most iconic Poldark filming location. Home to engine houses 'the Crowns' which are tucked away at the base of precarious cliffs, the real 1870s mine shaft here stretches over a mile out under the Atlantic. In Poldark, CGI is used to bring the engine house back to their former glory as Grambler mine. These days, the mining industry is long gone, but the stunning engine houses remain dotted along the coast as a vivid vision into Cornwall’s industrial past. The Crowns is now one of several UNESCO recognised sites. 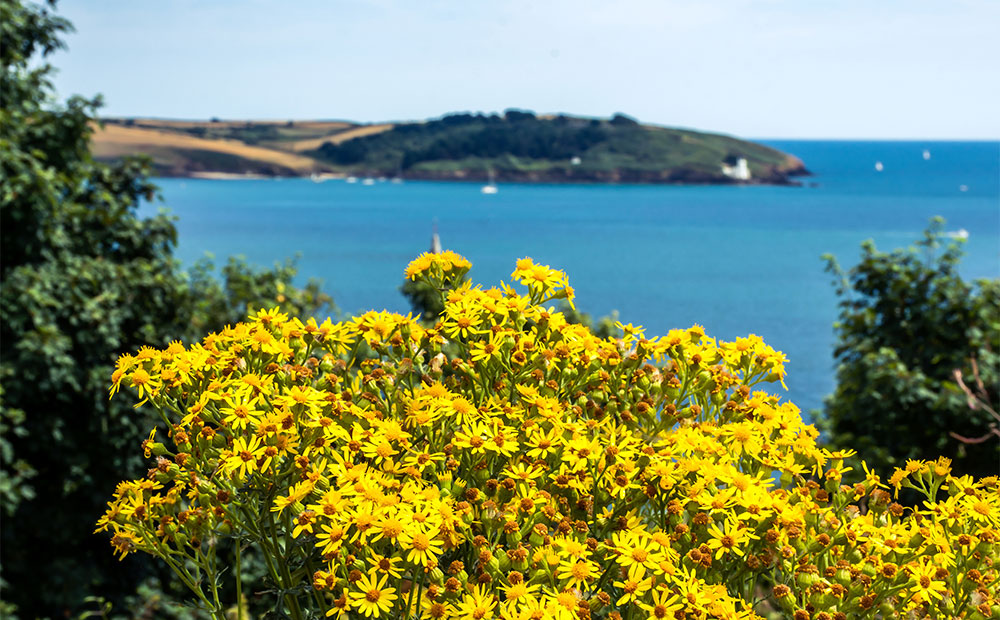 Turnaware Point is located on the Roseland across the water on the river Fal, The area was featured as a landing place during season 3 when Ross rescued Dr Dwight Enys from a French Prison. The wooded scenery of the Roseland is unlike that found anywhere else in Cornwall, so it’s perhaps not surprising this location was chosen. Turnaware point has another notable French connection, this was one of the secret embarkation points for the D-Day Landings 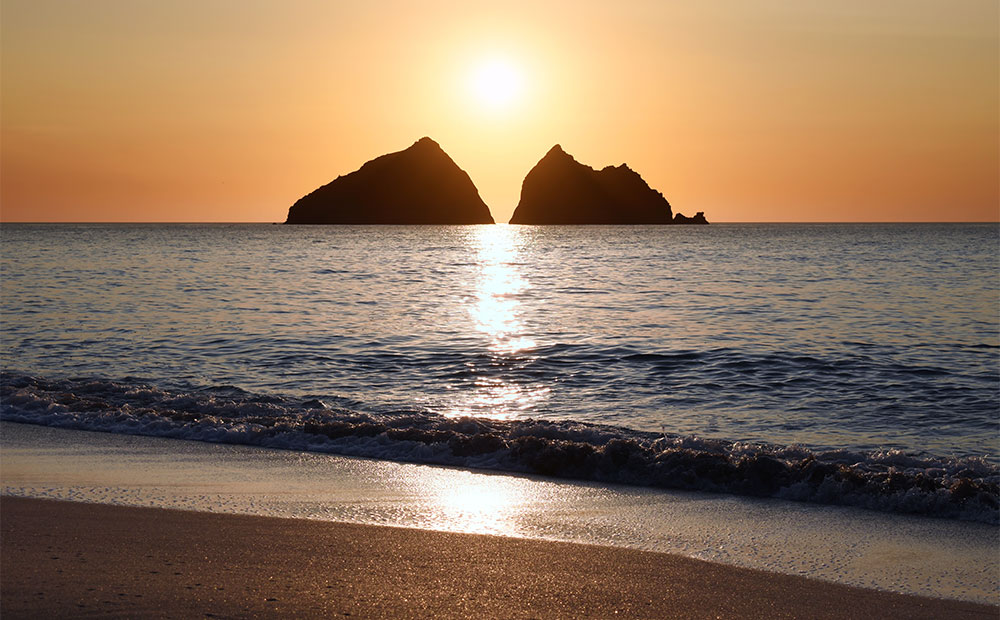 Owned by the National Trust, Holywell Bay is a truly stunning expanse of golden sands instantly recognisable for gull rocks, a pair of stony outcrops rising above the horizon out at sea. This is the location for many many beach scenes, the sheer expanse of sand and lack of modern scenery providing the perfect backdrop for this 18th century story. This popular spot must be one of the most photographed coastal landmarks in Cornwall and unsurprisingly, Gull rocks appear more than once in Poldark. If you venture here on a summer evening, you might even catch the sun setting directly between the rocks. A stunning place to take a picture and admire an iconic sunset, if ever there was one.

What Cornish TV drama would be complete without one of our craggy coastline’s famous shipwrecks? It is on this very beach that Poldark’s own shipwreck takes place, with people and fires strewn across a wide area. All very dramatic, but in real life, the Cornish coast has accounted for the demise of countless vessels over the years, with the rockiness of the coast especially perilous for boats through the ages. For this reason, beacons would have been lit in many coastal vantage points, as a warning in dangerous conditions. 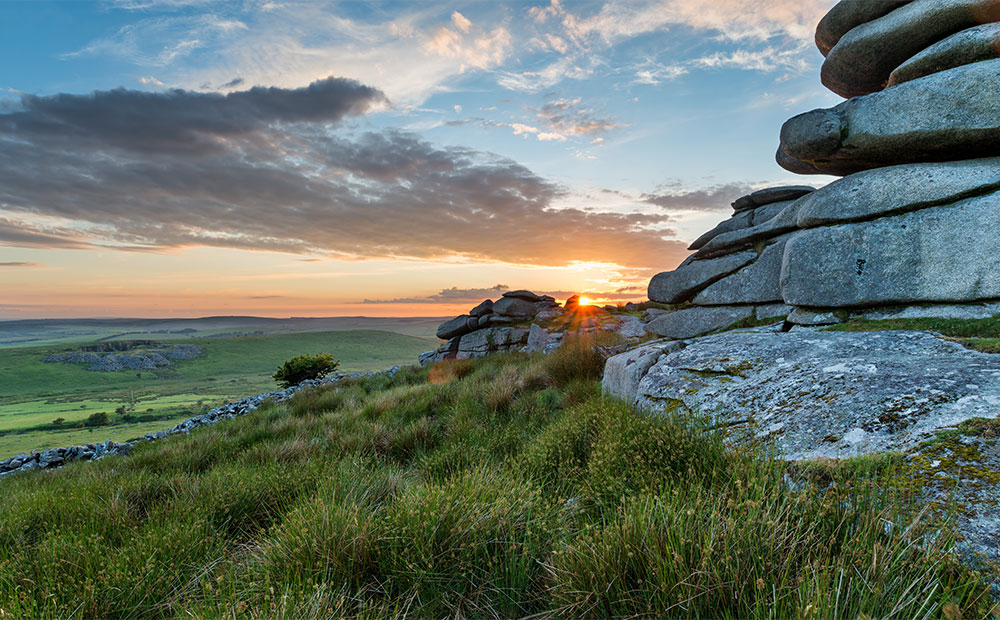 Bodmin is bleak wild and rugged, an expanse of moorland punctuated by granite-topped hills or ‘tors’ a perfect location then for the exterior of Ross’ remote cottage Nampara (real location St Breward), and the many horseback meetings between cast members travelling to and from Trenwith. It is here that Ross is riding with Francis and receives news of his father's death. The makers of Poldark could not have wished for a more beautifully bleak location to convey the loss and portray the rugged countryside of wild Cornwall. It is a wonderful area in general and the crew and film set team are only the most recent of many to draw inspiration from this bleakly beautiful setting; Daphne Du Maurier, was also captivated by it and the National Park was also used in the filming of TV series Jamaica Inn. 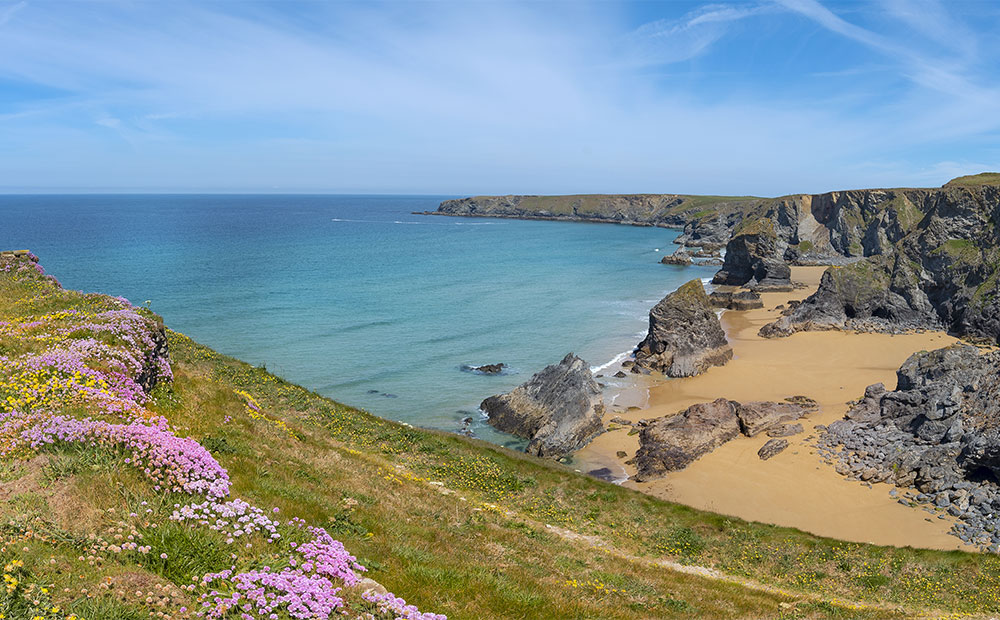 The high cliffs between Newquay and Padstow offered a perfect dramatic backdrop to many a clifftop meeting. Bedruthan provided the jaw-dropping backdrop for many a clifftop gallop on horseback and one scene where Demelza hikes this route too. If you’re looking for breathtaking scenery you won’t do much better than exploring the Trevose Head heritage coastline. 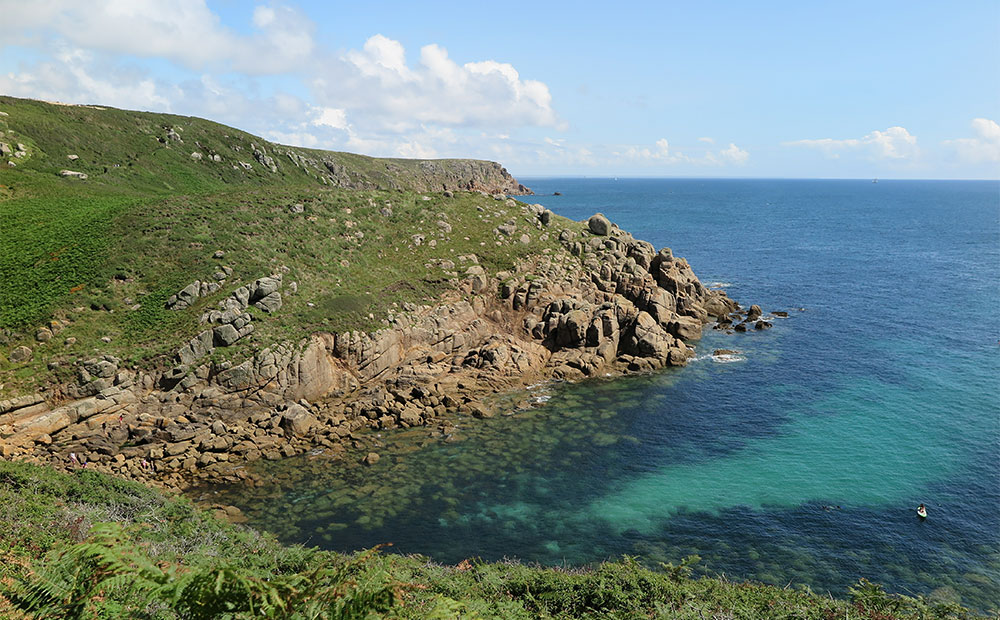 This lovely, sheltered cove in the St Levan area is the scene for a few key moments in the first series of Poldark. A lovely wild spot, if you squint, it's not hard to imagine you might be in another century, so rugged and unspoiled is the setting.  It is in this location in series one that we see Demelza taking a sneaky look at Ross as he takes an early swim in the sea. It also forms the scene of a narrowly avoided arrest and an escape Ross helps to plan later in the series. Last but not least, it was also here that old-fashioned fishing was filmed, with a good degree of authenticity.