Poldark Locations to Visit in Cornwall

The Cornish Coast is a delightful location to explore on any occasion, but with the filming of BBC series Poldark, our local area takes on an even brighter star quality.  From rugged beaches to local heritage gems, here are some of the key Poldark filming locations to visit in Cornwall.

The coast of south & north Cornwall might be an area associated with quaint villages and quiet beaches, but the recent filming of Poldark has certainly helped to emphasise the drama and romance of the region. Adapted from Cornish author Winston Grahamâ€™s saga of passion and rivalry on the Cornish coast, the series has been a huge hit with costume drama fans. Little surprise therefore, that enthusiasts are already looking for Poldark locations to visit in Cornwall. Here are some of the easiest to find and recognise from the BBC series: 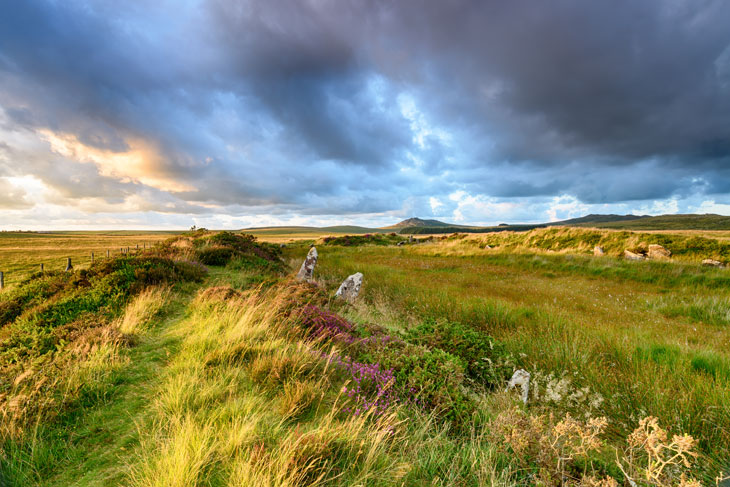 Take a walk in the Minions area to find the location where Ross and Francis are riding, and news of his fatherâ€™s death reaches Ross. The makers of Poldark could not have wished for a more beautifully bleak location to convey the loss and portray the rugged countryside of wild Cornwall. It is a wonderful area in general and the crew and film set team are only the most recent of many to draw inspiration from this bleakly beautiful setting; Daphne Du Maurier, was also captivated by it and the National Park was also used in the filming of TV series Jamaica Inn. 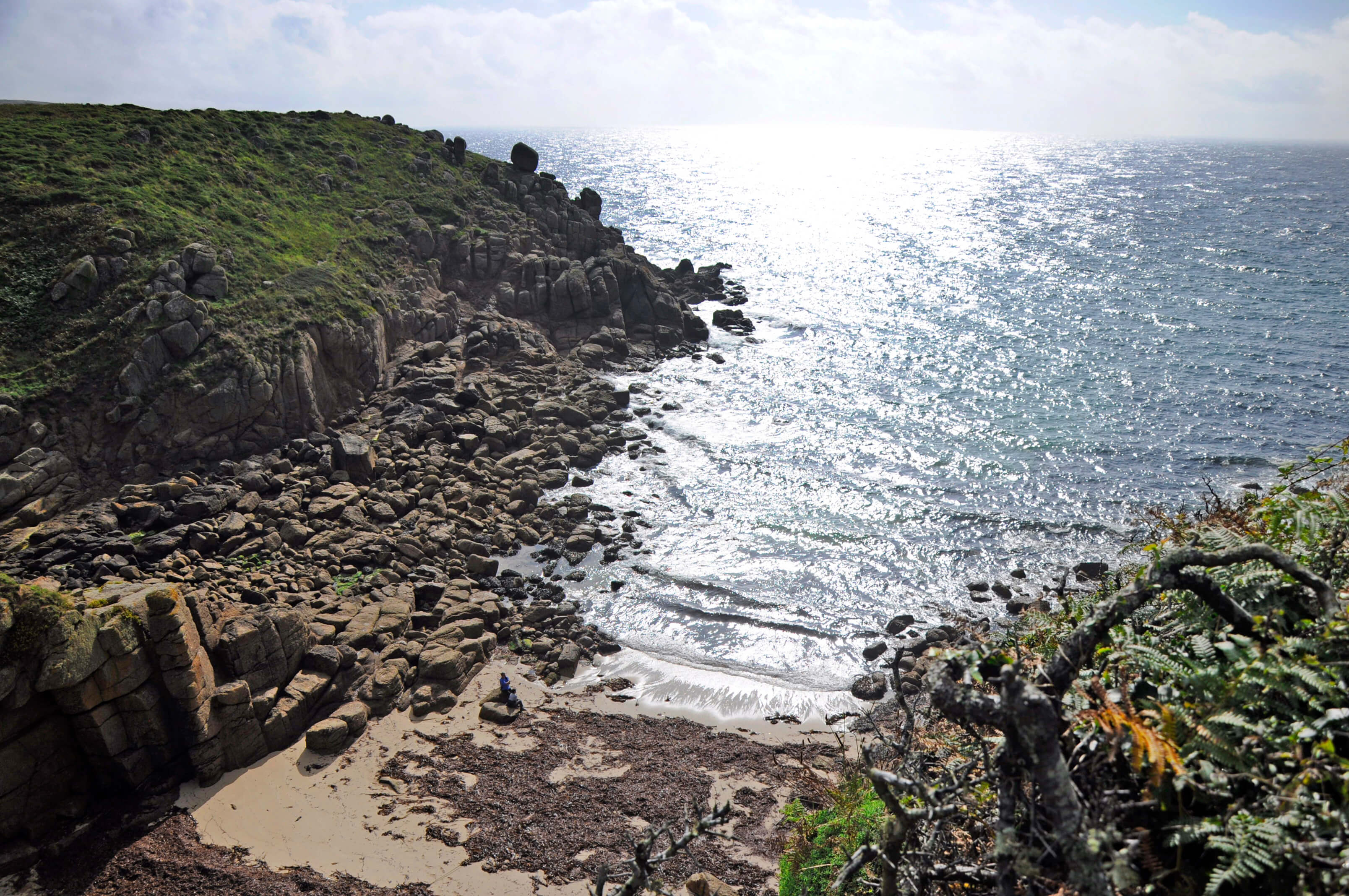 This lovely, sheltered cove in the St Levan area is the scene for a few key moments in the first series of Poldark. A lovely wild spot, if you squint, itâ€™s not hard to imagine you might be in another century, so rugged and unspoiled is the setting.  It is in this location that we see Demelza, the family maid, taking a sneaky look at Ross as he takes an early swim in the sea. It also forms the scene of a narrowly avoided arrest and an escape Ross helps to plan later in the series. Last but not least, it was also here that old-fashioned fishing was filmed, with a good degree of authenticity.

FACT: Like tin and copper mining, fishing for pilchards (Cornish sardines) was once crucial for the region, for both food and trade.

What Cornish TV drama would be complete without one of our craggy coastlineâ€™s famous shipwrecks? It is on this very beach that Poldarkâ€™s own shipwreck takes place, with people and fires strewn across a wide area. All very dramatic, but in real life, the Cornish coast has accounted for the demise of countless vessels over the years, with the rockiness of the coast especially perilous for boats through the ages. For this reason, beacons would have been lit in many coastal vantage points, as a warning in dangerous conditions. 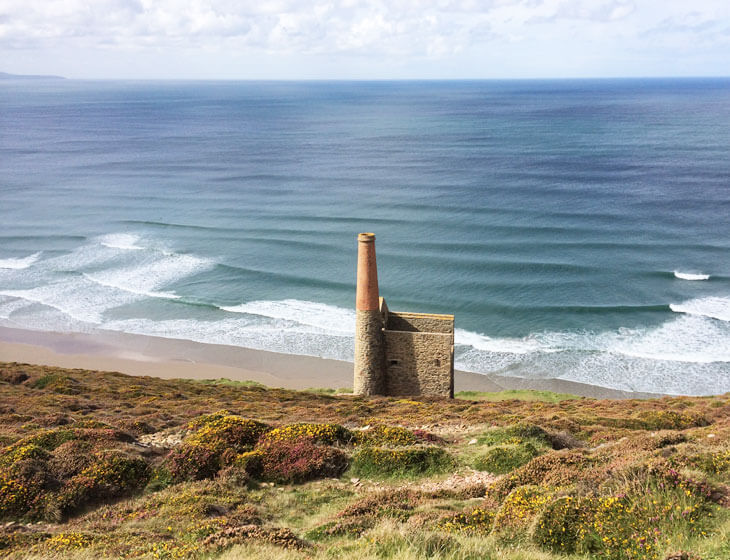 There are many historic mining sites in Cornwall, but it was Bottallack Mine, situated between St Just and Pendeen, which was used to represent the Poldark familyâ€™s mine. Itâ€™s not hard to see why this location was chosen, with the mine located right on the brink of the cliffs. These days, the mining industry is long gone, but the sites remain and Botallack is one of several UNESCO recognised sites.

FACT: in Poldark, the â€œsteel rockâ€ characters refer to is old West Country slang for granite. 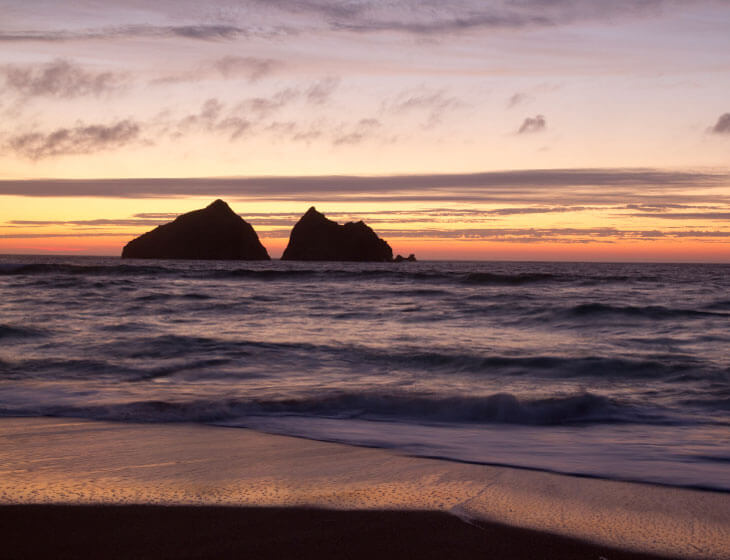 This popular spot must be one of the most photographed coastal landmarks in Cornwall. Unsurprisingly, Gull rocks appear more than once in Poldark. Look out for the twin rocks, which are an obvious and famous coastal landmark that any local would instantly recognise. If you venture here on a summer evening, you might even catch the sun setting directly between the rocks. A stunning place to take a picture and admire an iconic sunset, if ever there was one.